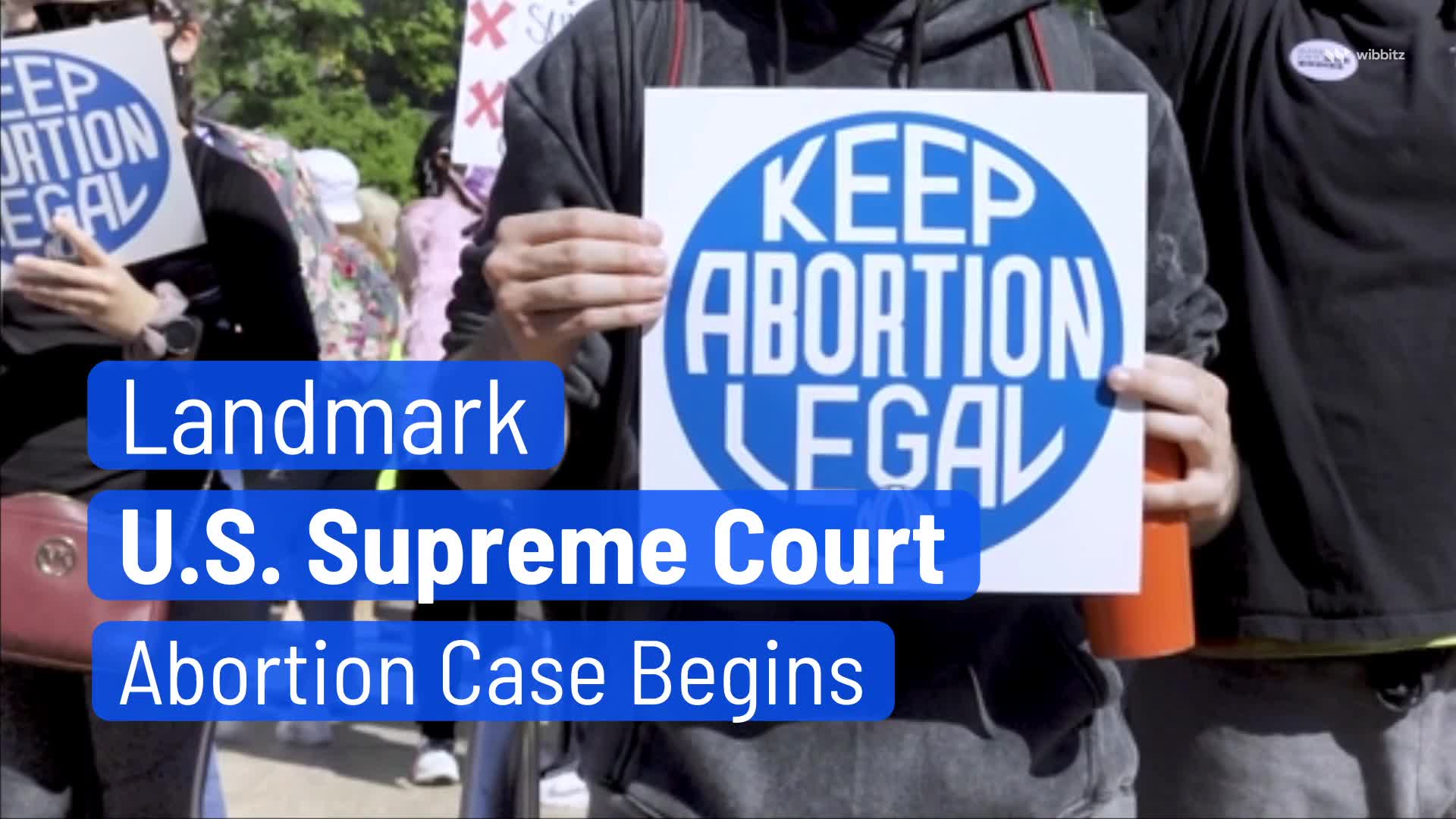 “Mississippi’s ban on abortion after 15 weeks is unconstitutional and endangers the lives and restricts the rights of all women and pregnant people. If the high court uses this case to strike down Roe v. Wade, it will make official what’s already in practice in most counties across this country: safe, legal abortion is too often an inaccessible right – most especially for Black women and women of color,” In Our Own Voice: National Black Women’s Reproductive Justice Agenda Vice President of Communications Racine Tucker-Hamilton, said in a statement.

The justices began hearing oral arguments on Wednesday, December 1, on a Mississippi law that prohibits most abortions after 15 weeks of pregnancy.

That provision stands in opposition to Roe v. Wade, and it’s among several laws implemented recently in states around the country.

Mississippi appealed to the Supreme Court, which agreed to hear the case.

“As Black women, we know the barriers to accessing reproductive health care already cause delays in obtaining abortion care or even deny Black women access to abortion at all. Every abortion restriction disparately impacts communities of color, who already have less access to health care and suffer poor health outcomes due to racism,” Tucker-Hamilton remarked.

“For nearly five decades under Roe, Black women have been fighting to make our right to abortion accessible. But Roe is the floor — not the ceiling. And that floor is about to be pulled out from under us,” she continued.

“We cannot settle for the court to just uphold Roe; we demand real justice – the human right to control our own bodily autonomy. We demand Reproductive Justice.”

Frederick Isasi, the executive director of Families USA, called the Mississippi case – known as Dobbs v. Jackson – unconstitutional and an orchestrated attack on the ability of women to make their own decisions about their health and their reproductive freedom.

“By asking the Supreme Court to gut or even overturn Roe v Wade, it will deny women abortion services and fundamentally jeopardize the lives and health of women in the state,” Isasi asserted.

“As with other abortion cases, this one would disproportionately impact women of color, and low-income women should the court decide to uphold the law – the very same women bearing the brunt of COVID-19’s worst impacts and our nation’s devastating maternal mortality crisis. This assault on their health and well-being is anti-democratic, anti-American and harkens back to a time when women were not allowed to own their lives and their destinies.”

“For years, a clear majority of people in this country have supported abortion access. The myopic zealotry by a minority, many of whom are driven by religious beliefs, to impose their will on that majority flies in the face of the bedrock democratic principles of separation of church and state. If the court follows their lead, those justices will erode the rights guaranteed by our Constitution, and the United States will join the ranks of countries where religious orthodoxy masquerades as the democratic rule of law.”

For the first trimester of pregnancy, the court said the abortion decision should be left to the woman and her physician; for the second trimester, a state could regulate the abortion procedure in ways reasonably related to the woman’s health; for the final trimester, after fetal viability, the state could promote its “important and legitimate interest in potential life” and ban abortion except when necessary for the woman’s life or health.

“We call on Congress to uphold the Constitution and pass laws that will protect our right to the full range of reproductive health care, including abortion and birth control,” Tucker-Hamilton insisted.

“We demand an end to funding restrictions for all reproductive health care. We demand that decisions about Black women’s health be made by Black women — not by politicians, judges, or a racist system that inflicts harm upon our families and us at every turn.

“As Black women, we will continue the fight to ensure that every pregnant person has the resources to make decisions about their own body without government interference. We will not stop until Reproductive Justice is the law of the land in every state.”

The National Newspaper Publishers Association (NNPA), known as the Black Press of America, is the federation of more than 200 Black community newspapers in the United States. More by NNPA